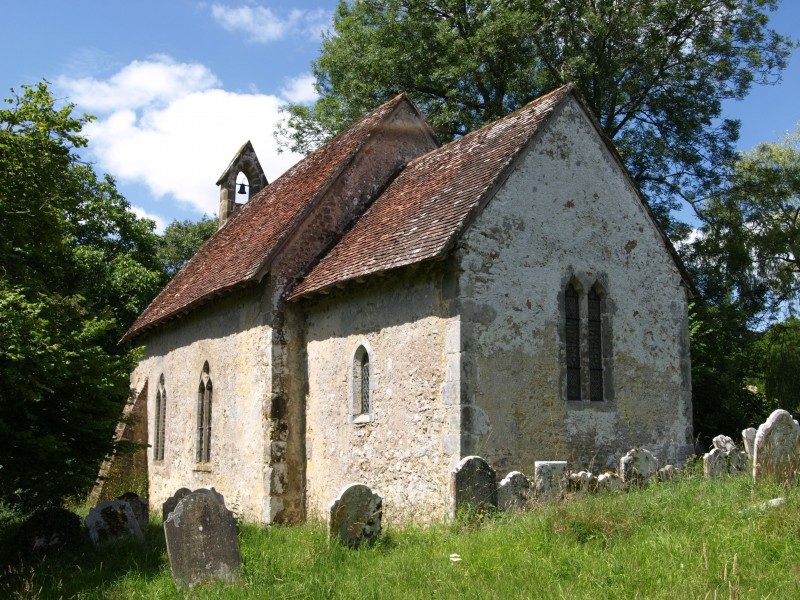 Chithurst, St Mary is a tiny church consisting of an 11th century nave and chancel,  with no later extensions, apart from a modern timber framed porch. It stands on a mound which appears to be artificial, and was probably a former pagan burial site. The church was referred to in the Domesday Book, and is thought to date from the mid 11th century, the thin walls and long and short masonry quoins being typically Saxon.

The chancel arch is narrow and has a round head that has been distorted by the weight of the stonework above. There are no through stones, which indicates a build date c1050. There is a square-headed squint to the north side of the chancel arch. This would be a later alteration possibly dating from the 14th century. The majority of the windows are from this time, apart from the south chancel lancet which is early 13th century, and the north chancel lancet which is the only original 11th century window.

In the north east corner of the chancel there is a plain image bracket on the east wall, and a pointed head credence recess on the north wall. The recess has a shelf which would have been for the Eucharist vessels.

The 12th century tub shaped font stands on a hexagonal base , in turn, on a square sub-base.

Above: An unusual row of adjoining gravestones along the east wall of St Mary’s. Of more historical interest, but largely covered by moss, is a row of ‘hipped roof’ tombstones, under the north nave wall, that have been dated to the second half of the 11th century.