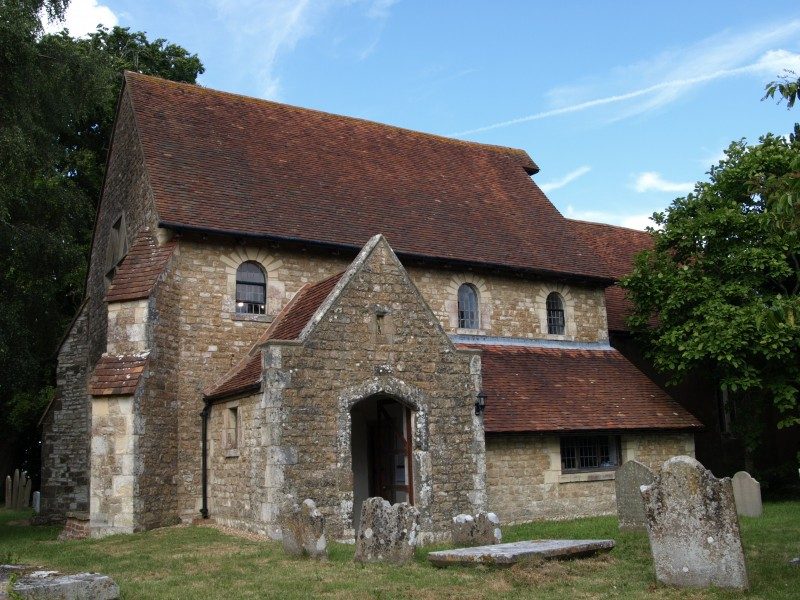 Herringbone masonry in the north nave wall at St Paul’s dates the original church here to the 11th century, but it is unclear whether the build was before or after the Conquest. The thickness of the walls, at only 2ft 4in, suggest Saxon, although the quality of the masonry work indicates an early Norman date. The chancel arch and the blocked arches of the former north arcade are all round headed with plain abaci, and are therefore 12th century. The chancel arch was probably cut through the external wall of the nave to change the original church from nave only to nave and chancel.

The current chancel is 13th century, perhaps an early rebuild to replace a 12th century one. There are two east lancets with stained glass depicting the Crucifixion and the Ascension.

A Victorian restoration was carried out in 1873, when the north aisle was removed and the arcade blocked. At the same time, the chancel east and north external walls were refaced with flint and brick dressings. The interior of the chancel was reworked at the time of the 19th century restoration. The walls were faced with clunch blocks, and ‘neo-Norman’ wall arcading was formed below the string course that links the east lancet sills.

The moulded tie-beam across the chancel roof is probably 15th century.

There are no pews in St Paul’s, an indication of difficult financial times in the past. The choir stalls are 17th century, brought to Elsted from Dorchester.
The 19th century square bowl of  the font has arcaded sides. It was brought to Elsted from the redundant church of St Olave in Chichester. It has been mounted on a plinth which is much older, possibly  the original.