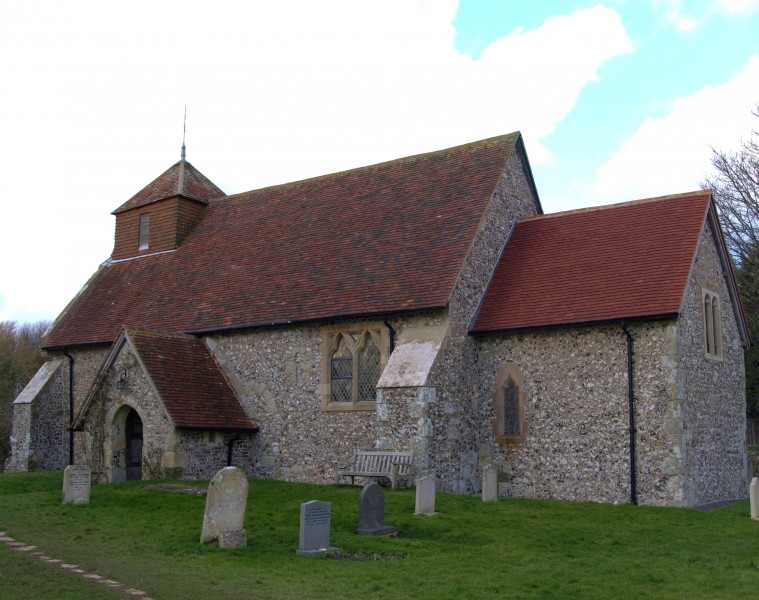 St Mary the Virgin Church in Friston  is set at the top of the South Downs opposite Friston pond, with lovely views across to the English Channel. The oldest extant part of the church is the Saxon nave dating from c1050.
To the right of the 12th century porch are a small blocked high window, and a blocked doorway, which was the original church entrance. These are 11th century, probably Saxon, but possibly very early Norman.

The chancel was built on in the early 14th century, probably replacing an apse (as at East Dean). The chancel arch is low and wide, and the chancel itself is very small. There is a recessed aumbry behind the altar, and above this is a 19th century double lancet east window.

The local Selwyn family are given prominence in some fine monuments in St Mary’s. The remounted brasses in the nave are of Thomas Selwyn (d1539) and his wife. There is a splendid alabaster monument to Sir Thomas Selwyn (d1613). It depicts Sir Thomas opposite his wife, Elizabeth, at a prayer desk, with their six daughters below.