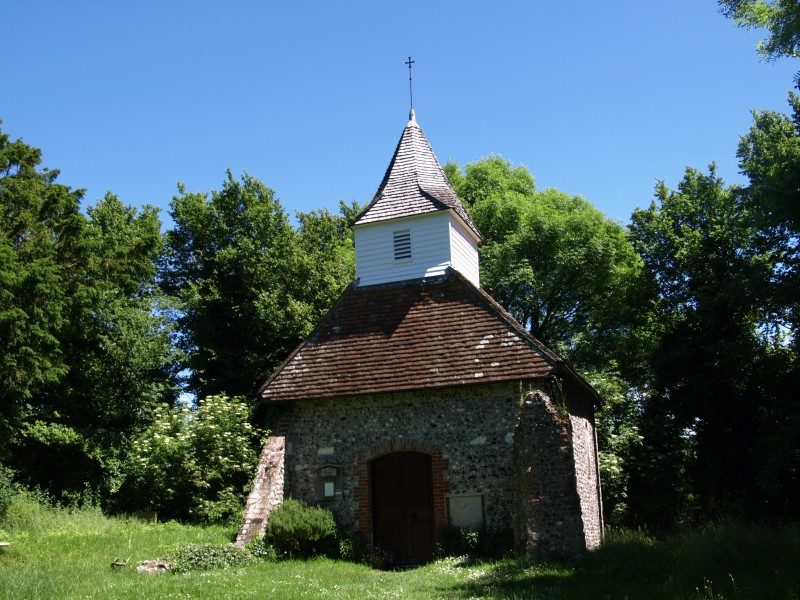 Church of the Good Shepherd

This little church stands on the South Downs above Alfriston and the Cuckmere river. It has been said to be one of the smallest churches in the country, but actually it is the salvaged and restored part of a larger church, the majority of which was destroyed by fire in the 1650s by Cromwellian troops.
Archaeological excavations in 1965/66 showed the extent of the former church. Some of the footings can be traced on the ground to the west of today’s church. The layout of the original church is detailed on a chart in the church, and is reproduced below. It shows that the current building is part of the chancel of the larger building, with a rebuilt west elevation.

This tiny 20 seat church, has two east lancet windows with trefoil heads which are 14th century. There are two further 14th century windows in the south wall, one of which is shown below. The fifth window, in the north wall, with a semicircular head, is 13th century. The window side reveals and arches have basal chalk corner stones.