This new section of my website details just ten of the churches visited in south-east Suffolk in August 2017. Of the ten, seven have square crenelated* towers in 3 or 4 stages, without spires, and three have round towers.
Round towers in England are almost exclusively found in East Anglia, although there are three in Sussex (see for example St Peter’s at Southease in the South Downs section of this website), and two in Berkshire. Of approximately 180 round tower churches in the country, the majority, some 124, are in Norfolk, with Suffolk accounting for 38, and the remainder being in Essex and Cambridgeshire.
Various theories have been suggested for the large number of churches with round towers in East Anglia as opposed to the rest of England. The most likely reason is the lack of a building stone in the region suitable for use in the quoins of a square tower. The size, shape and hardness of flint, which is abundant in East Anglia, does not lend itself for use as corner stones.
King Athelstan of East Anglia may have inadvertently advanced the building of round towers when, in AD937, he decreed that landowners desiring to be appointed to the aristocracy as theyns should have bell towers built on their land, presumably for warning of invasion by the Vikings. A round tower could be built with less delay and cost, as there was no need to import stone for quoins.

These medieval churches are all in or near to the lovely Suffolk Coast and Heaths AONB and to RSPB Minsmere, one of the best RSPB reserves in the country.

*St Bartholomew’s at Orford is not now crenelated. It may well have been before a tower restoration was undertaken in 1830. 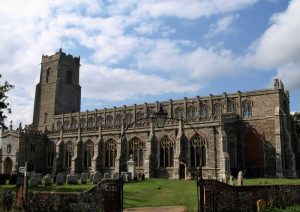 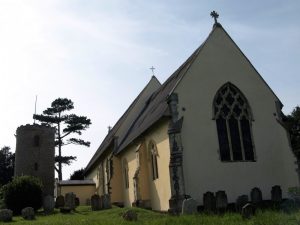 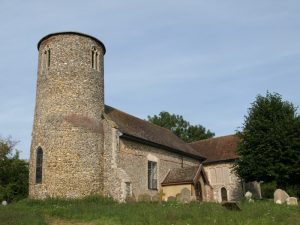 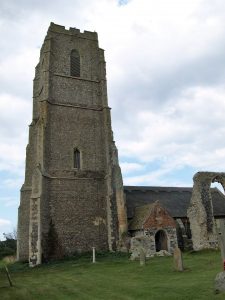 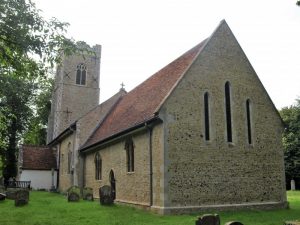 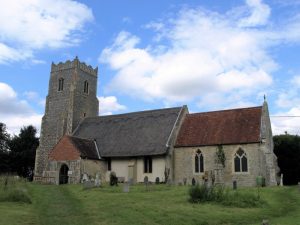 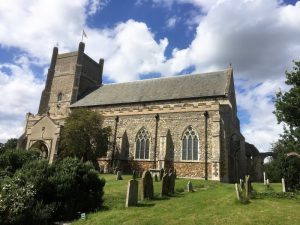 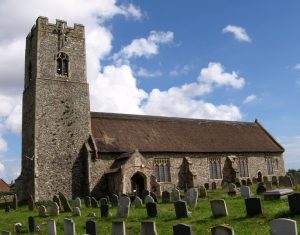 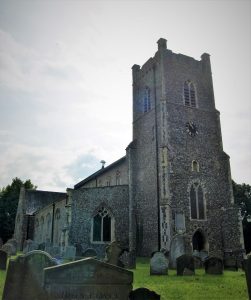