An additional section featuring twenty-one ancient churches on or close to Romney Marsh in Kent.

The formation of Romney Marsh.

Originally bearing the Celtic name Limen, the River Rother used to flow to the sea near Hythe in Kent, some 24 miles to the east of its current estuary at Rye Harbour in East Sussex. The settlement of Lympne was a short distance inland from Hythe, and stood on the old course of the river. The Romans built a harbour there, calling it Portus Lemanus after the river Limen, hence Port Lympne where John Aspinall created the now famous Zoo Park.

Since Roman times, there have been three significant changes in the course of the Rother. Initially ‘long shore drift’ and silting from the river itself, blocked the estuary at Portus Lemanus causing the Rother to change course drastically to then reach the see at New Romney. The same processes were repeated at New Romney, and despite the efforts of the local population, including construction of the Rhee Wall, the waterway became unnavigable. The estuary silted up, and after a series of violent storms in the 13th century culminating in 1287, the Rother again changed course to find a new outlet at Rye. The disastrous storm of 1287 destroyed the port of Old Winchelsea and breached the coastal shingle banks , flooding much of the low lying areas inland from the coast.

A later, third, change in the Rother’s course further upstream saw the river diverted from around the north of the Isle of Oxney to a channel around the south. Construction of dykes to keep the sea at bay continued after the 1287 storm, and during the next century the process known as ‘inning’ reclaimed much of the flooded land, creating the Walland and Denge Marshes, which together with the larger area north of New Romney, formed what is collectively known as Romney Marsh. In 1462 the Romney Marsh Corporation was established to continue and improve the drainage and sea defence work.

Although the tidal saltmarsh, after reclamation from the sea, developed into rich pasture, especially for the world famous breed of Romney Marsh sheep, the human population was less fortunate. The damp conditions and still water were ideal breeding grounds for mosquitoes, and ‘marsh fever’ – actually malaria – became prevalent by the fifteenth century. Poverty exacerbated the situation, and the sixteenth century on the Marsh was characterised by deserted houses, farms and churches as the population dwindled.

Featured churches and their dedications

Click on a thumbnail to read more about the particular church 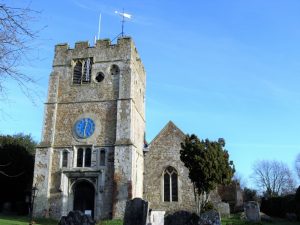 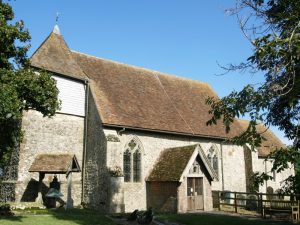 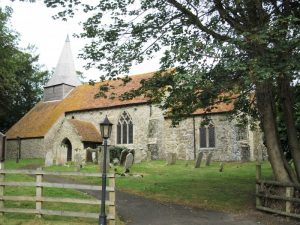 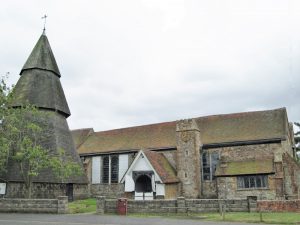 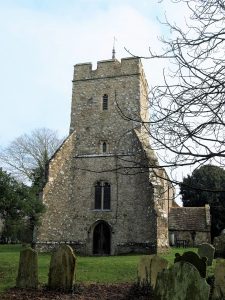 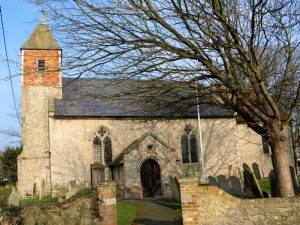 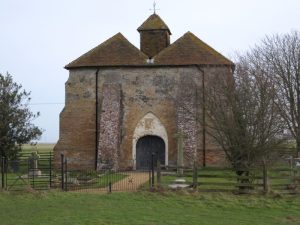 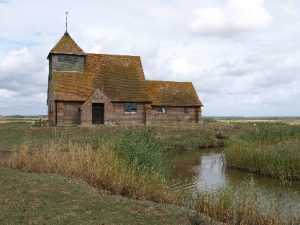 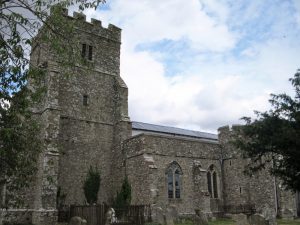 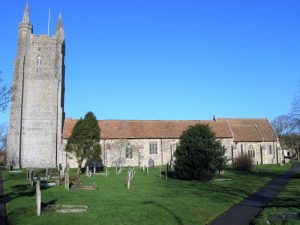 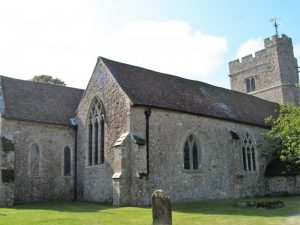 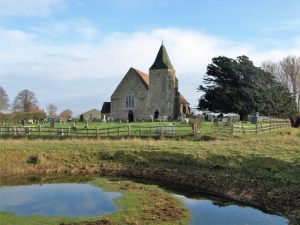 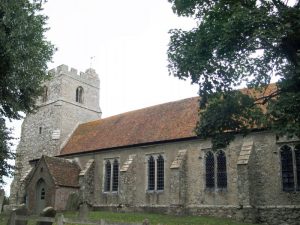 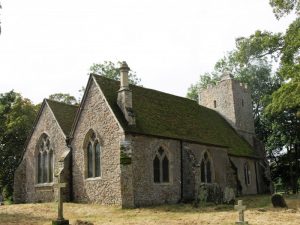 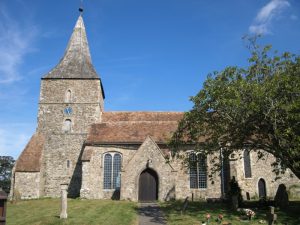 St Mary in the Marsh Church 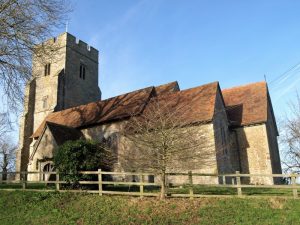 Further reading: The Romney Marsh Coastline from Hythe to Dungeness